Wrapped Up in Anikio Swag 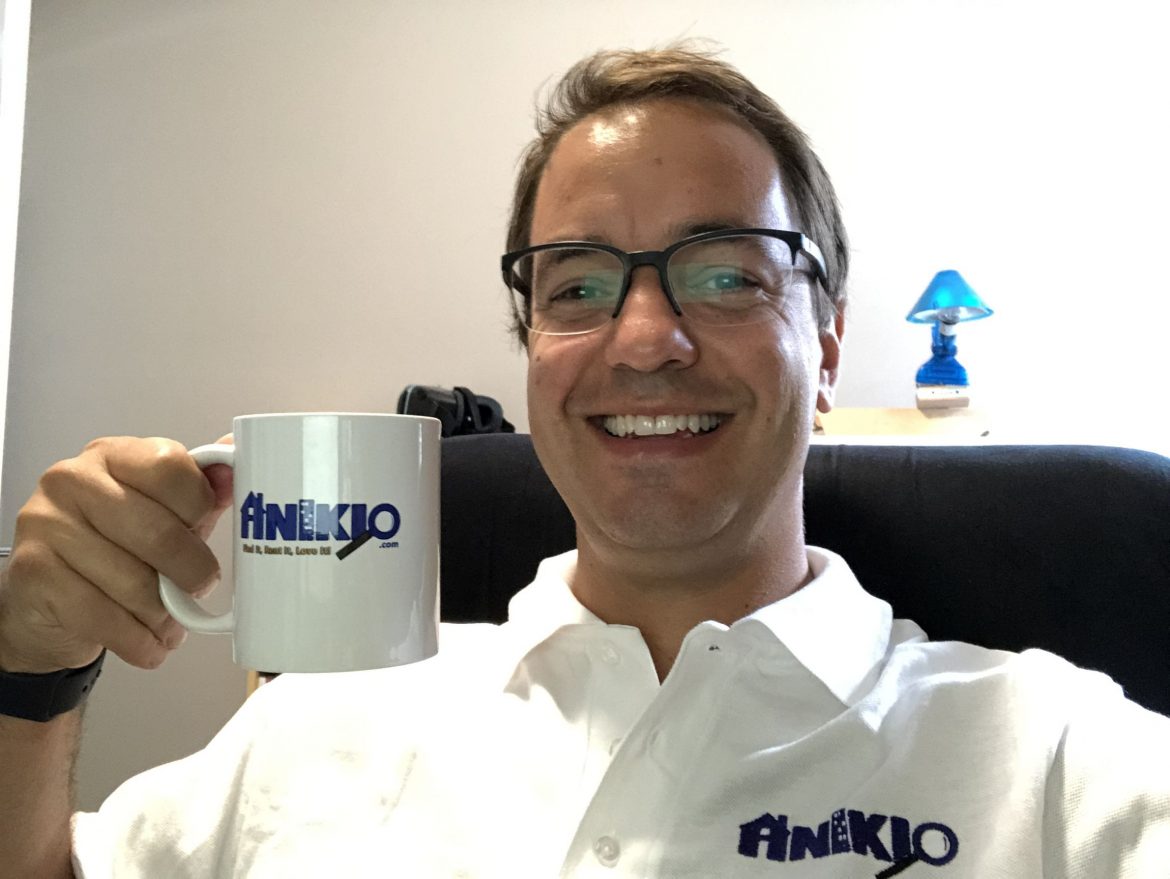 Last week I ordered copies of the newly completed Anikio brochure from Vistaprint. And then, probably because I was excited to get them, and because there was a special price offered when I went to check out, I decided to also order an Anikio mug. Oh! And Krystal had been saying we should have Anikio shirts made, particularly for when we go do photo shoots and virtual tours. So I ordered three of those, too, even though I knew my logo needed a bit of optimizing before I could really get it embroidered. One for me, one for Gabe (our official photographer), and one, of course, for Krystal.

They all have arrived now, an exciting moment combined with a “maybe patience is not only a virtue but could save you some money” moment. The photo you see above is me at my desk working on a few more Anikio features decked out in swag. I was genuinely excited, don’t get me wrong, but here’s what I learned:

1) RTFM – Read the $%&%@$& manual. I created the brochure in Microsoft Publisher, and at the last minute I noticed a few things missing and so I made some quick edits and reuploaded. I ordered a small run of 25 on two types of paper (thankfully I was cautious). However, on one of them, I mixed up the front and back covers, and so it folds backwards. Maybe I can use those for folks from countries where they read right-to-left? But thanks to Murphy’s law, the bad layout is on the expensive paper. I also observed that when the images snap into place on Vistaprint, it doesn’t snap to the fold like it’s supposed to. All that said, they do look pretty good, I’ve made fixes and will order more when I get through these.

2) Not on white – I don’t mind the shirts really. The small “Find It, Rent It, Love It” was removed, probably because it’s too small to embroider well, but I would’ve liked it there. The logo looks fine for not having been optimized, but the shirt is a little thin and the white is kind of plain. So I’m going to try on blue I think, when Darren (our graphics guy) gets a chance to rework it.

3) The mug looks great! I put the picture I use for the Anikio homepage on the back (which is maybe a bit homely) but I enjoy having that mug on my desk. Krystal may take it to work for some free advertising though. So I’ll have to order another. Anyone else want one?