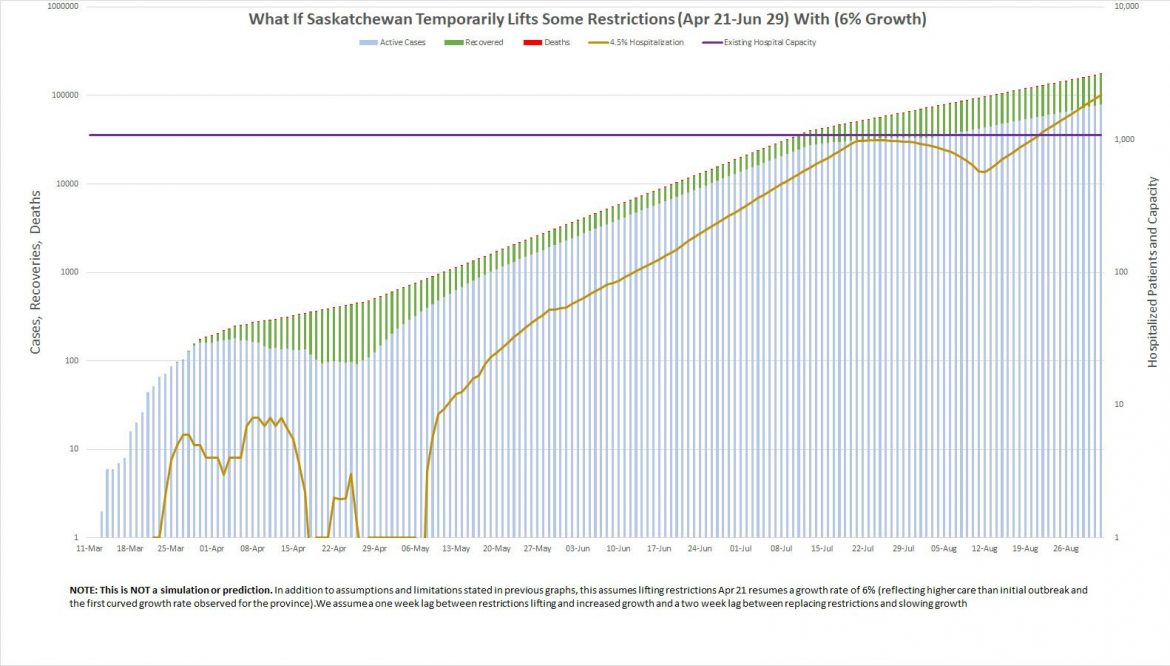 Today, Premier Moe announced that he would be releasing a roadmap to re-opening the province little by little tomorrow. I believe that a cautious approach is warranted but that re-opening is worth consideration. However, I would personally waited one week more to see the results of both Orthodox Easter and especially of this recent warm snap. Some very low case growth numbers is also resulting in an excess of optimism. In fact, I was concerned in the speech from Premier Moe that the tone he struck was that we have won and not that we are winning. I believe the Premier knows very well that we have stopped the first wave but must be vigilant. And I understand balancing the need for positivity and optimism when many of us are getting more crazy than normal. But it’s important that it’s understood that we have won the first battle but there is still a war to fight. Singapore’s second wave should be a warning about how things can get out of control even where they have a lot more controls, analysis, and restrictions.

Yes, we have flattened the curve. There is no doubt about it. But we can’t lose sight that the objective was to ultimately buy time for our health care system to prepare. From what the SHA reports, they are. I’m not convinced though, that their plan really constitutes the best use of this bought time. For example, I’ve heard that additional ICU rooms that were planned to be added to some hospitals have been halted because case growth has slowed. This is backwards. Case growth slowed to give the SHA time to get those resources in place. We may not need them if we are lucky. But we didn’t go through the last 5 weeks to throw that effort away.

With this and several other troubling stories in mind, I generated several graphs in early April. I have sat on them because I am very concerned that people may misinterpret them. They are not predictions. They are not expert models or simulations. They are extremely simplified graphs that show some very basic scenarios and what those scenarios would look like, graphically. Please don’t repost them without the rest of this article. Please don’t think they’re proof either that we’re doomed or out of the woods. The intent of these graphs is to understand how exponential growth, even at low levels, can be a hard thing to manage once the genie’s out of the bottle. Now if we could all apply this to our pre-COVID savings accounts! One other important note, the hospital capacity is the “with reduced services” number from SHA but doesn’t include excess COVID-19 beds in overflow facilities. Because, let’s just not get to that point. As I urge the province, I urge you, to: proceed with caution.

One other note of caution that needs to be really understood. We actually DON’T KNOW if recovering from Covid-19 means immunity to Covid-19. And if only a small percentage of recoveries have antibodies, as may be the case, well, all models about allowing more infections to build herd immunity are moot. And then we have to totally rethink how to keep the world running with an ongoing pandemic while we look for vaccines and ways to test entire populations at a time or at least a better understanding of risk, spread, and immunity. The following article reference pre-publication studies which have not been peer reviewed yet. Normally, this wouldn’t be worth looking at yet but due to the fact that we’re flying by the seat of our pants here, these pre-pub studies represent an educated guess.

Scenario 1: What if Saskatchewan Did Nothing To Flatten The Curve of COVID-19?

By the time I created this graph, we had already succeeded in flattening the initial curve. So why produce it still? Partly as a basis of comparison against other measures taken, and partly as a defence for the measures that we did take. Now, when I say “did nothing” I mean it. As in, absolutely zero. We continued on blissfully unaware and modified zero behaviours. In truth, some of us would be staying home as much as possible and limiting social interactions as much as possible, government order or no. It is incredibly unlikely that we would blindly sail upwards of 10,000 cases in the province and not even be a little more cautious. So think of this graph as “what does 22% growth (our initial trajectory) look like”. How long does it take us to get to 100,000 cases? Why 100,000? We are assuming at that point, there would be enough recoveries, deaths, and asymptomatic or unreported cases – especially if numbers grew that quickly – that growth would slow considerably. So the ridiculous becomes absurd.

OK, all that said, here we are. 22% growth we would be crossing 100,000 cases already by May 1. Hospitalization lags initial onset of a case but a week later the province’s worst case provisions (overflow in rinks, schools) would be overwhelmed. Not to mention that many of the health care workers we depend on would have fallen ill also, supplies would be utterly absent, etc. So thank you, Saskatchewan, for being prudent and cautious! 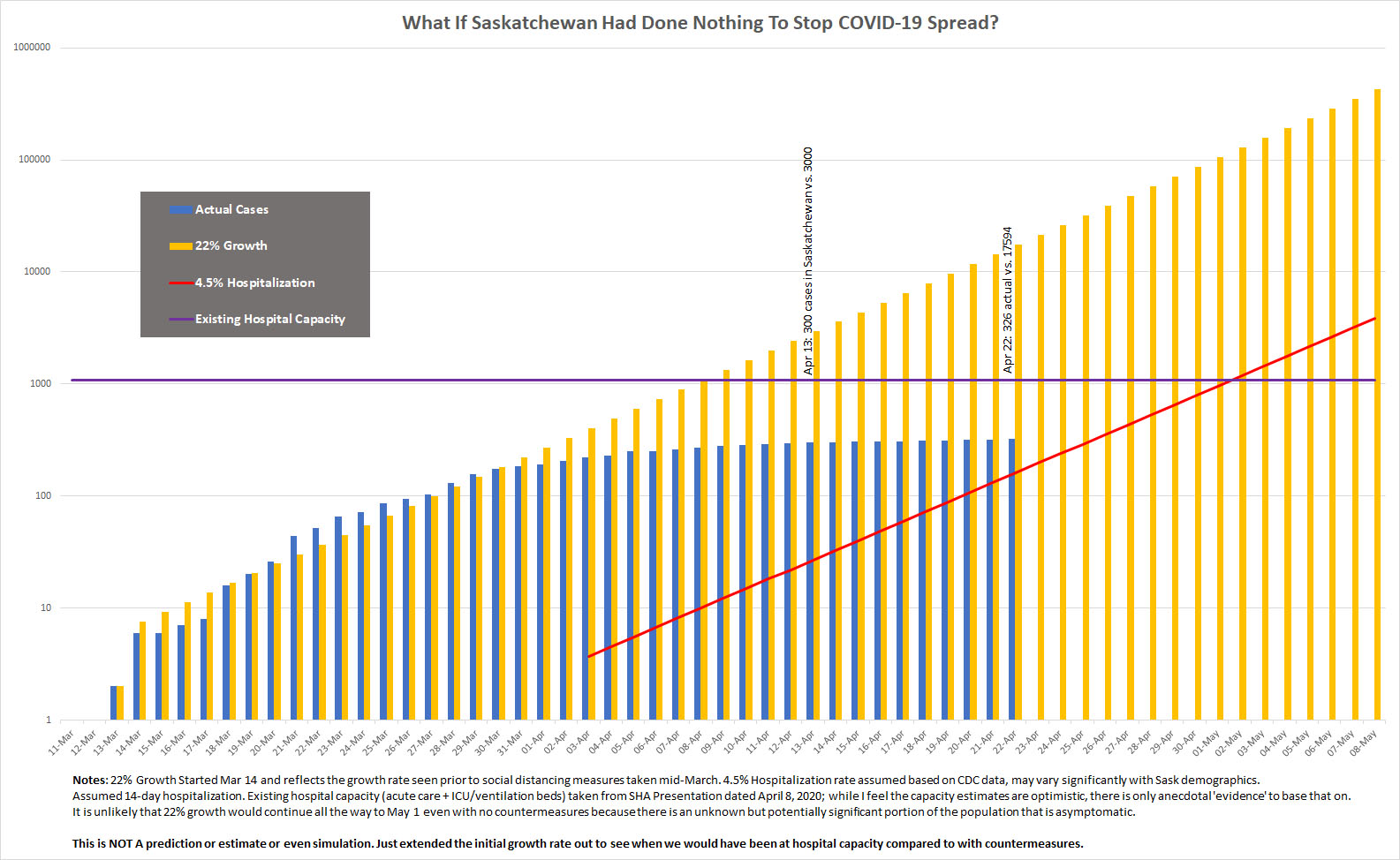 Scenario 2: What if Saskatchewan Kept Current COVID-19 Restrictions In Place?

When I created this graph, it looked like cases in the province might be growing at around 3%. It has since flattened to 1% growth. That said, we are one super spreader away from being back at 3% or likely higher. One person visiting family in Calgary. What you see if that as growth in new cases dropped, growth in recoveries continued on at the previous trajectory (because recoveries lag onset of the virus). So the number of active cases drops down to basically zero before picking back up again at the new but lower growth rate of cases (3%). And then, assuming a constant trajectory, we reach the overwhelmed hospital stage around Halloween but still within the SHA plan using civic facilities for overflow. One assumes that as the number of cases and recoveries grow, the slower the rate of spread would be. So again, it’s possible that we’d be looking towards December for that threshold. The problem here is that it is too long for people to stay home, not working. Psychologically. It is also quite hard on the economy, which is obviously of secondary importance to human life, but up until fall or winter, we have a lot of excess capacity to have more cases in the public. At least, according to the SHA. And that will bring us nicely to scenario 3. 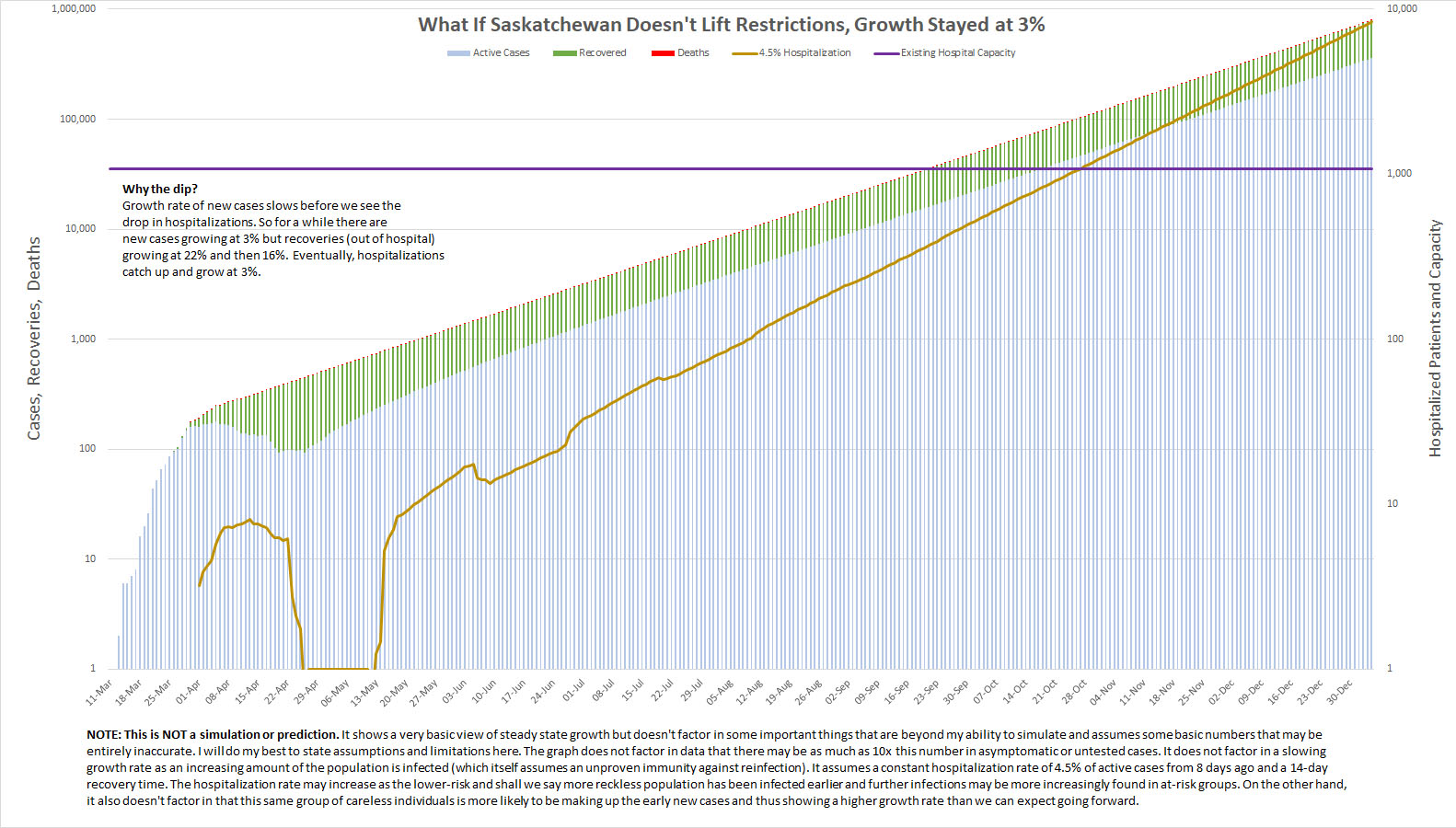 This was a theoretical scenario two weeks ago but it looks like we’re here. I put together a model where restrictions were very lightly lifted on April 21. Yesterday. Too soon but I know the government is under a lot of pressure to reopen ASAP, so I thought they’d jump on it one week after Easter. Turns out it was a week and two days. As above, you have the active cases and hospitalized lagging the initial growth trajectory so it drops and picks up to 2-3 cases (probably an error in my basic formulas), drops again and eventually starts picking up with the 6% growth rate that we assumed. Why 6%? Well, we expect that people will naturally be a bit more cautious, at least with strangers, and some of the current safeguards will remain in place. As well, we assumed a very limited relaxation of restrictions. 6% may be optimistic but I’m hoping that in light of the drop in case growth to 1% over the last week, it actually is pessimistic.

In either case, as long as there is a growth rate, we continue to march towards that point where we start running out of hospital rooms or people to infect. Growth hits levels where alarm bells are going off somewhere in June. At that point, we have around 260 hospitalized patients and almost 18,000 cases. Arguably the alarm bells should have gone off earlier, but here we are. No Canada Day gatherings. Instead, all the current restrictions are back in place. Growth slows to 3%. But not overnight. It takes time for the restrictions to have the desired effect and just in time, we curb the number of hospitalizations below the threshold in July and start seeing a decrease. But about a month later, because of the sheer volume of people, even at 3% we cross back over that threshold again and we start for the arenas. However, also around that point, we are around 100,000 cases. By a trick of exponential graphs, we actually have around 70,000 recovered cases and  58,000 active cases by August 20 but because exponential graphs.  Why does it look like there are so many more active cases? Because the space between smaller intervals is larger. If you look at the scale, there is as much space from 1-10 as from 10,000 – 100,000. So we also expect that growth would have slowed substantially by this point. 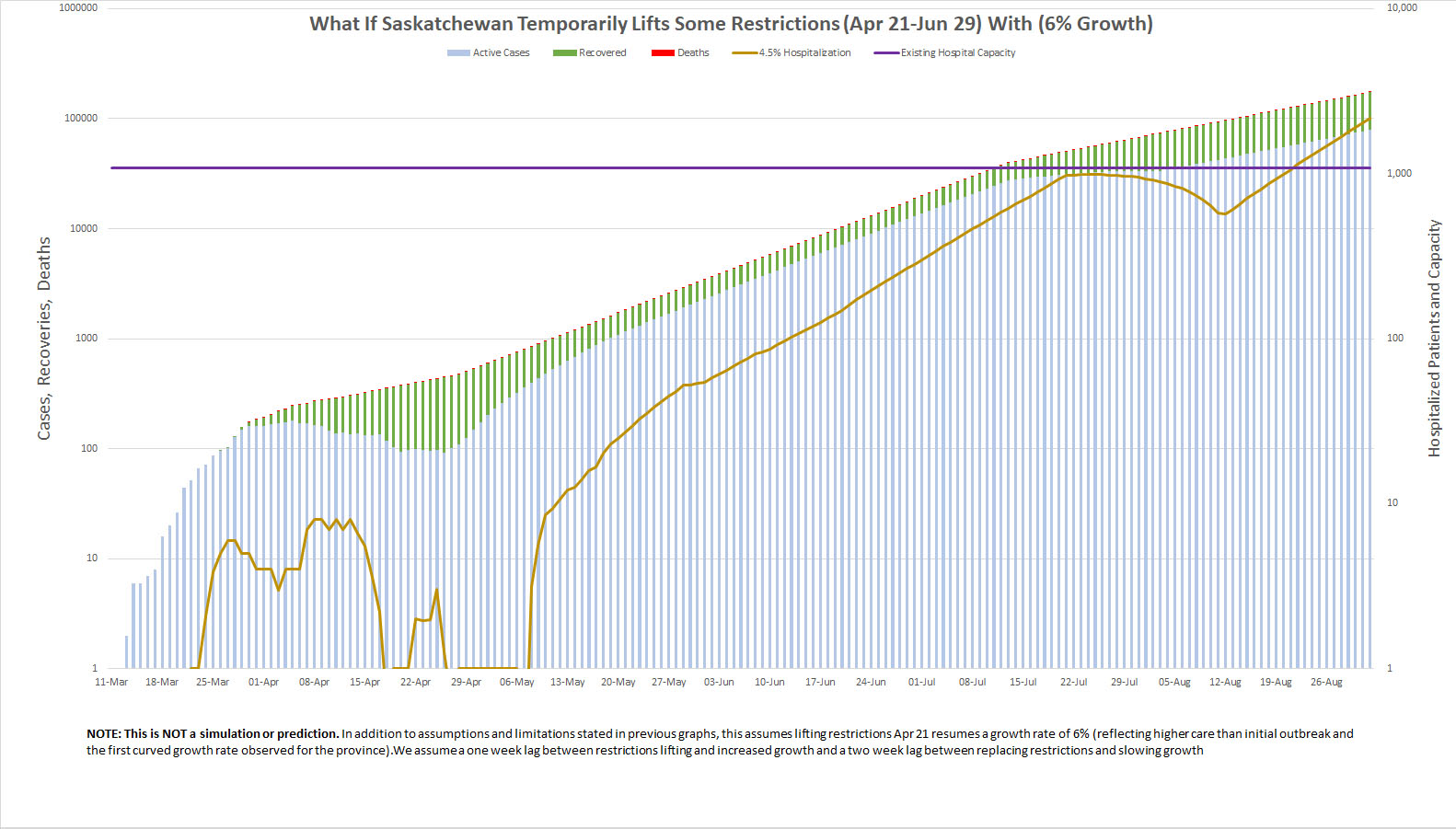 So… What Does This Mean?

Well, it means that unless there’s a vaccine or a global 4-week absolute lockdown, we can’t expect to fully stop the spread of COVID-19. But it also means that the actions we’ve taken were worth doing, if health authorities use the time wisely to obtain resources, ramp up testing, train, and prepare. It means that a temporary and partial lift of restrictions might be a good way to balance economic and social needs with protecting ourselves IF it is true that recovered cases are immune for a sufficient amount of time and if there is no way to vaccinate or treat the virus that can be tested and proven in the next two months. However, it also shows that exponential growth tends to ratchet up. When you have 10,000 active cases, even a drop to 3% still means 300 new cases in a single day. So as measures and restrictions are lifted, expect them to return sooner or later as the case count grows. Probably by summer. We should know that what happens with immunity and have a better idea of spread before we really do go ahead and let loose. We may just be accelerating our progress towards overload. But unless there is some other way of treating this virus, I’m not sure we have much choice at this point. We just have to proceed with caution. See? I told you the conclusion way back near the beginning!

FAQ For Renters and Landlords

Macleans – Is Canada Flattening the Curve?

Make Hand Sanitizer – Can’t find it? There are lots of ineffective recipes out there; here’s the formula direct from the WHO.

There are also recipes for making your own Disinfectant Wipes; we haven’t found any officially tested or proven recipes. But whatever you do, don’t flush wipes – throw them in the garbage!

Make Cloth Masks – Here’s a study telling you why it make actually be worse to have a cloth mask than no mask at all.

We feature properties based on the quality of the listing and landlord or property manager. 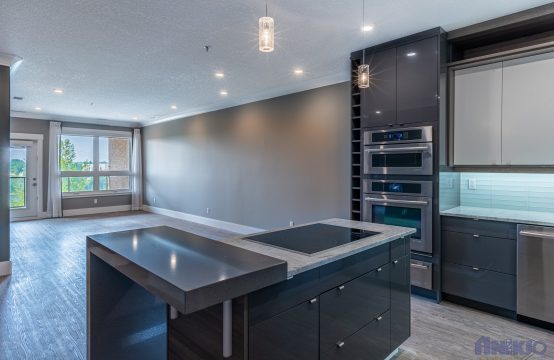 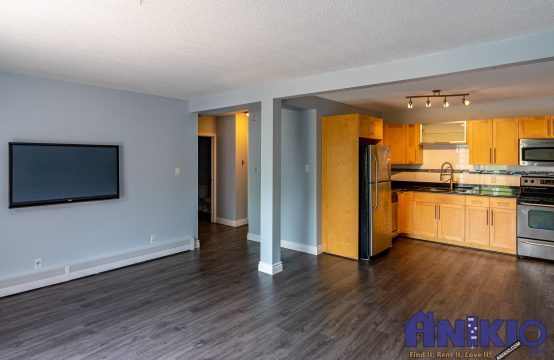 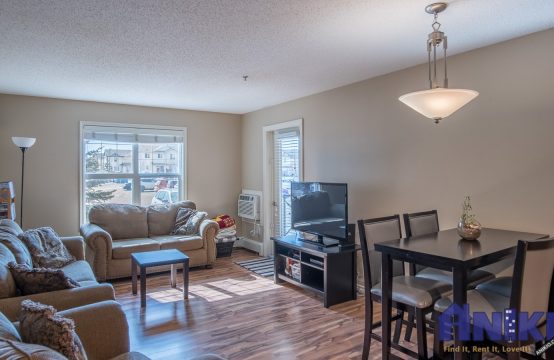 Send us a note!