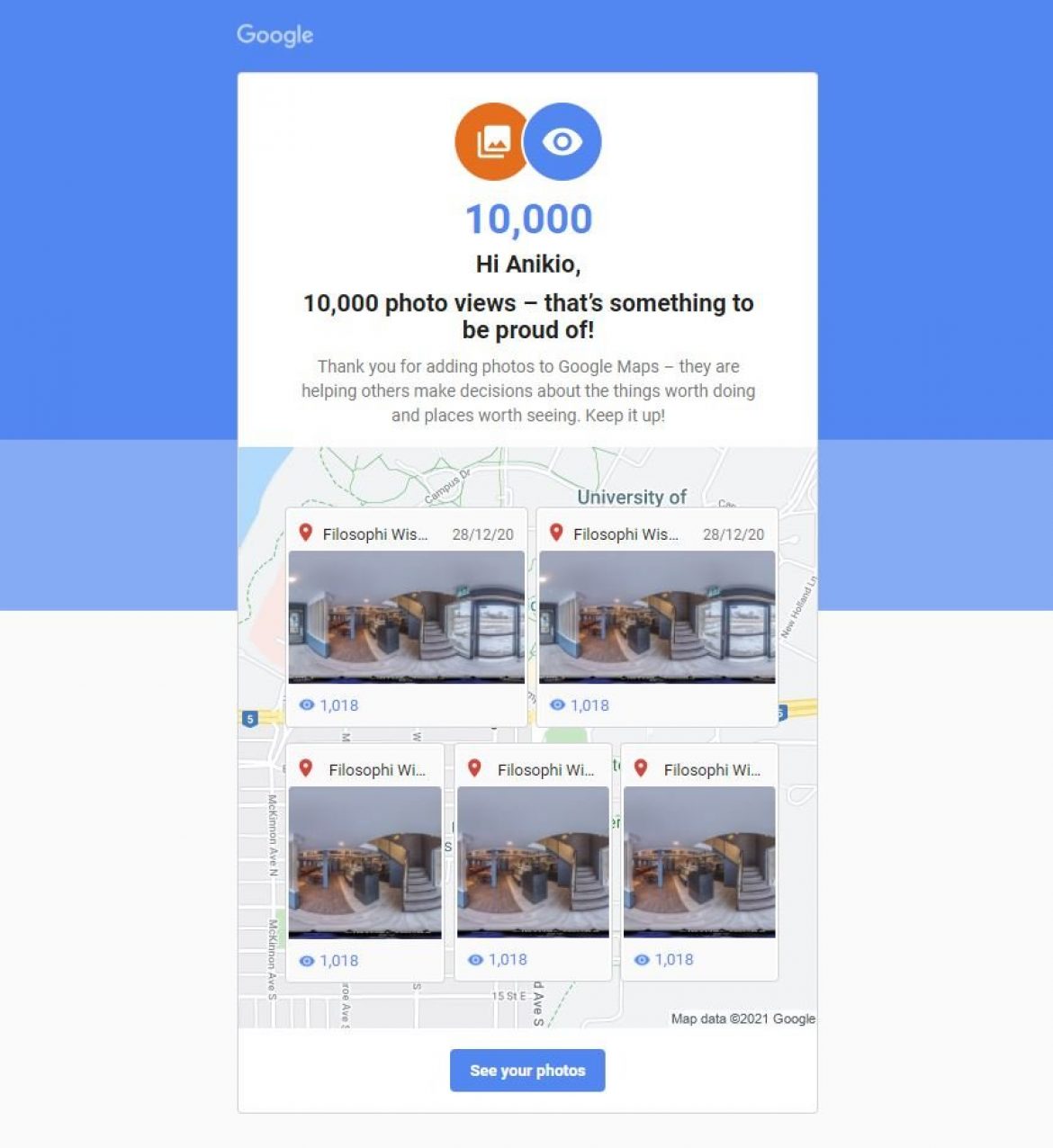 We got a notice today from Google that our street view photos had been viewed over 10,000 times. That’s not bad considering we just started offering Street View publishing of our virtual tours in October. So far, we’ve completed two: The Banks and Filosophi Restaurant.

What’s perhaps more impressive is that we also have already had over 1000 people already take the Street View tour of Filosophi restaurant. We just filmed the tour on Boxing Day 2020 and it took several days to develop the photos and create the virtual tour, and then several more days for Google to get the tour online. So effectively, those photos have been about two weeks. And this is just the Google version of the virtual tour. There is also the full virtual tour on Filosophi’s website that is separate from the Google Street View tour and not counted here.

What this confirms is something that studies in other jurisdictions have already shown: people want virtual tours especially when looking to visit in person. People use Google Maps more than any other method to search for local businesses and the more time people spend looking at a specific restaurant, the more likely they are to book a reservation.

As for return on investment? If you assume a $40 average spend per person, an additional 2-3 tables would have completely paid off that investment. That’s less than 1% of the total views (of just the street view) in just the first week alone. While it is hard to quantify an exact ROI without polling each customer, I’m very confident that the virtual tour and street view will pay for themselves many times over in just the first year.